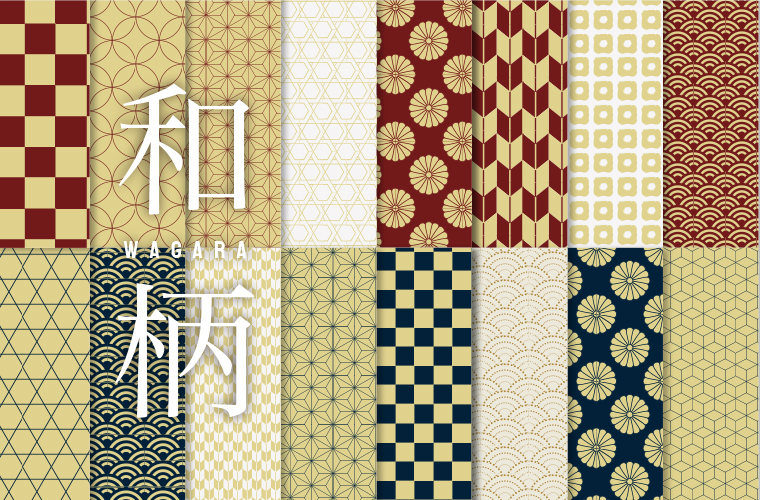 They are placed orderly in the geometric patterns abstractly representing natural phenomenon or the patterns of a motif of animals and plants.

< Hemp Leaf (Asanoha) >
A hexagon-based geometric design, which is commonly used in the patterns for swaddling cloth because of the characters of strong and growing fast.