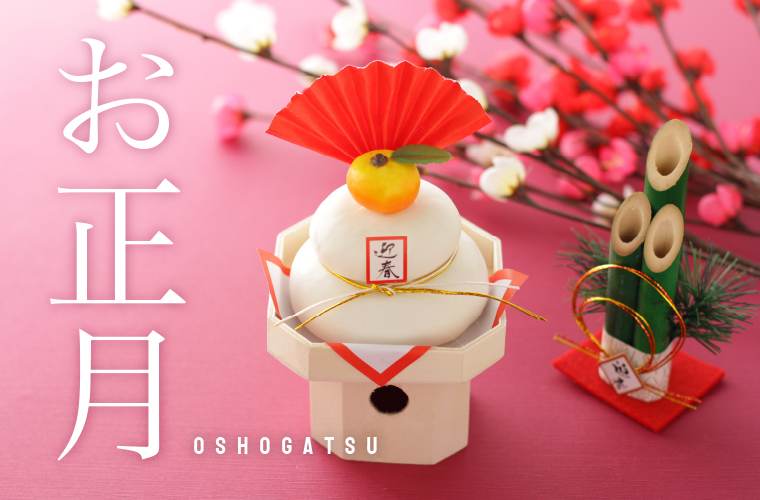 Season’s greetings and best wishes in 2020

Japanese New Year is the 1st of January. It is called “GANTAN”. This special period from the 1st to 3rd is  called “OSHOUGATSU”. It is the most important time of the year for Japanese. It is time for family reunion like Christmas or Thanksgiving.

There are some special decorations for Oshougatsu period. “SHIMENAWA” is  twisted straw ropes and “KADOMATSU”bamboo poles placed in front of the entrance of the house for protection from evils.

There are also essential meals to eat on New Year’s Day called “OSECHI” which includes many kinds of traditional foods packed in special boxes, also “ZOUNI” a traditional soup with “MOCHI (rice cake)”. Each area has their own unique recipe of Zouni. They use different local soup stock and even different shape of Mochi. Some area has chicken, some only vegetable but it must include Mochi as it represents good luck through the year.

Many people visit shrines to make wishes for the new year during the first three or seven days of January. This event is called “HATSUMOUDE” which means the first visit of shrine. 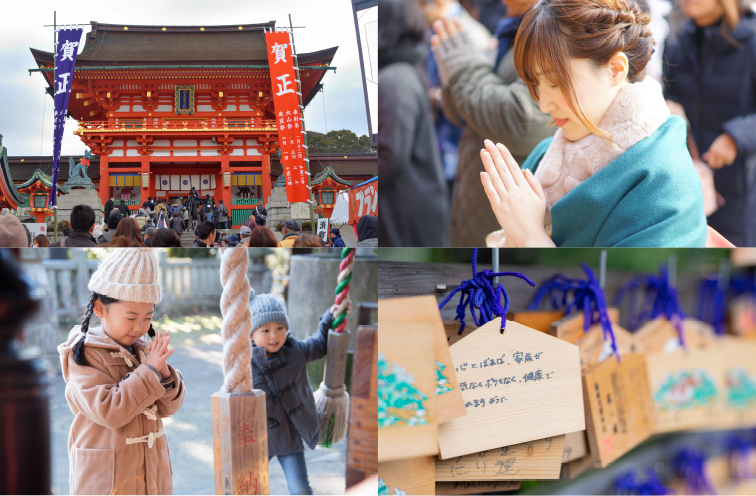 Some might spend all night having parties with friends and being together with families, some might try to climb up the mountains to see the first sunrise of the year.

Children get money in a special envelop. It is called “OTOSHIDAMA”. People send each other special cards printed a zodiac symbol (Mouse in 2020) called “NENGAJO” like Christmas cards.

Besides, watching TV and eating SOBA (noodles) is a kind of typical,  signature event on New Year’s Eve. Bells in temples are rung 108 times around midnight of New Year’s Eve and after the 108 bells the new year comes.

There are many events and customs to spend New Year’s Eve and celebrate the new year’s period. Japan to the world.com wishes you all for a wonderful holiday season and for happiness in 2020 !