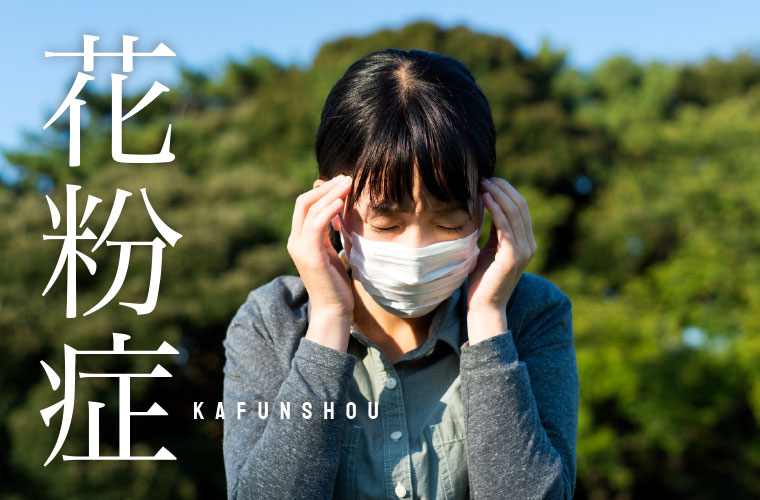 The 11th of February is a national holiday called KENKOKU (national foundation) KINENBI (anniversary day). Old Japanese mythology says that it was on the 11th of February that the first emperor JIMMU ascended the throne and started the nation.  After this National Foundation Day, there comes a time when people need to get ready for it…

Hay fever called KAFUNSHOU in Japanese is recently one of the serious social problems in Japan. It is said that more than half of Japanese suffer from pollen allergies.

The cause of this national issue is lots of pollen of cedars and cypresses in the air.

Many trees were cut down for fuel and material during the World War II. After the war the government planted many cedars and cypresses in the mountains as these trees grow fast. The trees were planted to rebuild houses destroyed in the war, but as inexpensive lumber imported from abroad were used for housing instead, these cedars and cypresses have left in the mountains without being cut down and the pollen is being dispersed by the wind.

During spring season from February to May many Japanese suffer from the pollen of cedars and cypresses. When you get KAFUNSHOU, you have a runny and blocked nose, itchy eyes and throat, keep sneezing and feel drowsy. People put a mask on and even ware glasses when they go out to prevent pollen getting in their mouth and eyes. Some need to take drugs for the allergy. People allergic to pollen are having a really hard time every day till it goes away. What is worse, there is ragweed pollen in autumn, too. Therefore, some people suffer from hay fever almost all year round.

Spring is a wonderful time to visit Japan, pleasant weather to travel around, beautiful cherry blossoms, but if you visit Japan during this pollen season, you might have to be ready for KAFUNSHOU. Good luck to your stay in spring! 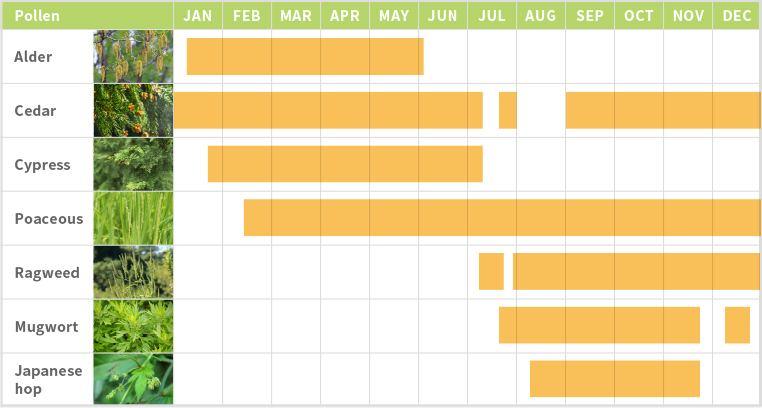