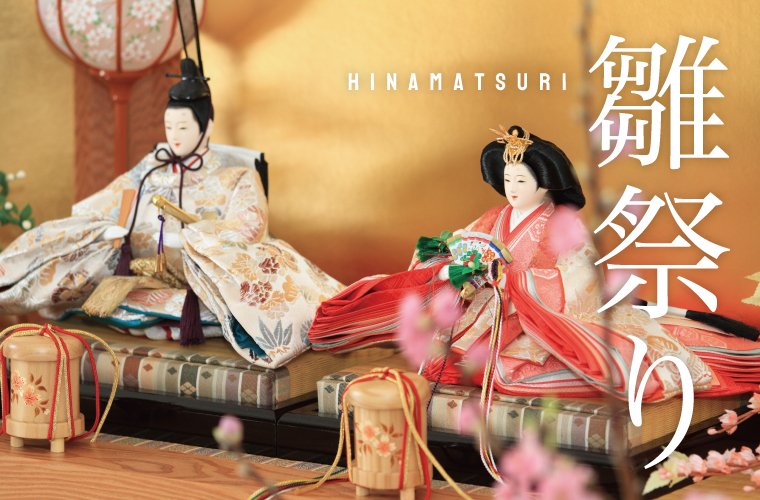 HINAMATURI is the festival for girls held on the 3rd of March. The families with girls display a set of special dolls called OHINASAMA for this event to pray for their girls’ health and happiness. It is also called Girls’ Festival and Peach Festival.

This display-only doll is called HINA NINGYO, not designed to be played as toys.

The traditional set of dolls include,

- the minister of the left : SADAIJIN

- the minister of the right : UDAIJIN

- Trees such as orange and cherry

These dolls wear a very traditional Heian period court costume and are displayed on each platform. 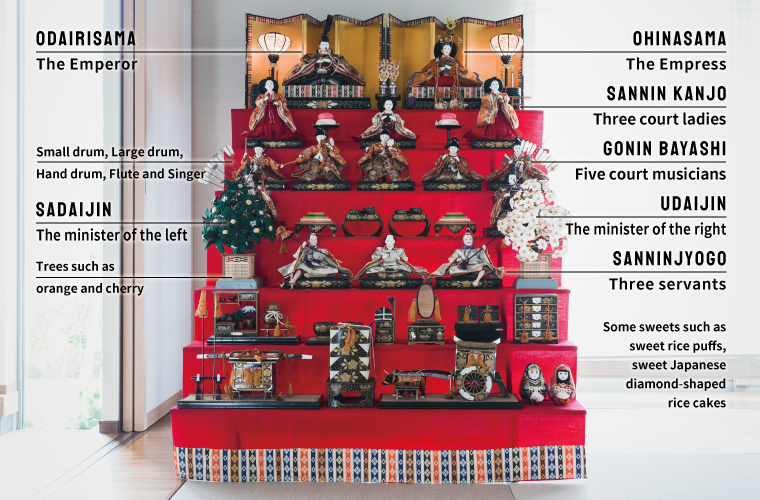 People believe that the dolls get rid of evil spirits of girls who own them and it is important for the family to put away the doll set immediately after the event is over. It is said that the girls (actually daughters of the family) will be delayed to get married or even not able to get married if the dolls stay displayed longer.

In ancient times, people used to make paper dolls as effigies to take away their misfortune or disease. They threw the paper dolls into rivers or in the sea to pray for their good health.

The festival of HINAMATSURI became an annual event after the Edo period.

Today the style is changed and people prefer to display a smaller set of dolls such as the Emperor and the Empress on one platform only to fit in modern Japanese houses.

There are some traditional dishes for this event such as;

Children sing songs of HINAMATSURI and make origami dolls at school and celebrate to eat the traditional dishes at home. People enjoy it as a seasonal event on the 3rd of March.

Japan to the world.com sells OHINASAMA sets for girls. Please contact us if you have any questions and request.