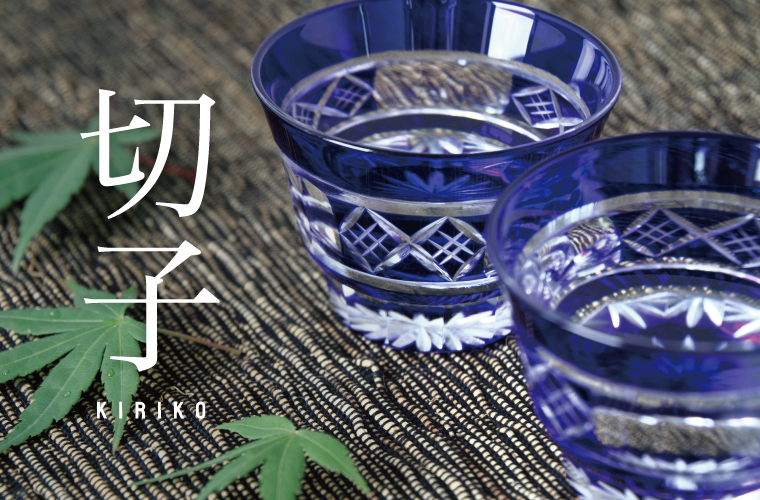 There is a unique traditional glassware called KIRIKO in Japan. Putting colors onto transparent surface of glass and scrape the surface to create special patterns. Finally, it is covered by caved surface of glass with extremely beautiful radiance. It is cutting glass but sandblast.

There are two famous KIRIKO made by skilled glassware craftsman in Japan, which are EDO KIRIKO and SATSUMA KIRIKO. 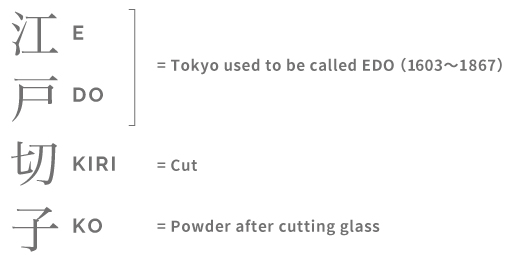 It is said that EDO KIRIKO was first introduced in the Edo period (1834) by a glassware craftsman, KAGAYA KYUBEI. He carved on glass surface by using emery and made beautiful glassware. There is a story that EDO KIRIKO was presented as a gift to Commodore Matthew C. Perry when he came to Japan by the Black Ships at the end of Edo period (1853) and he was fascinated by its beauty.

After the opening of a country late 19th century, new glass-cutting technique from Europe and the Japanese traditional technique were combined together, developed further and established the current style of EDO KIRIKO.

Nowadays, to protect the traditional high quality of products, it is only allowed to use the name of EDO KIRIKO under the definitions stated by EDO KIRIKO cooperative association.

+ must be handmade by skilled craftsman

+ must be produced at designated areas in Japan by the association

+ must be mainly used and produced by special KIRIKO machines

+ must join the association 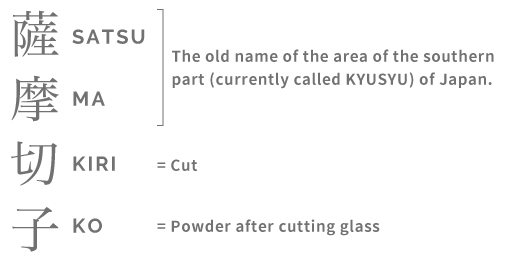 At the same time of EDO KIRIKO was developing, the area of the southern part of Japan called SATSUMA also produced KIRIKO glassware. Unfortunately, the production of SATSUMA KIRIKO was stopped during many upheavals in the 19th century. However, the technique was taken over by EDO KIRIKO and merged together. In 1985, they were recreated and started the production again.

SATSUMA KIRIKO features its color after cutting glass. The colored part of EDO KIRIKO is smaller and the boundary lines between color and transparent become sharper and more remarkable than the one in SATSUMA KIRIKO. On the other hand, SATSUMA KIRIKO can create ambiguous borderline with gradation effect.

Japantotheworld.com provides fine EDO KIRIKO products. Please contact us if you have any questions and request.