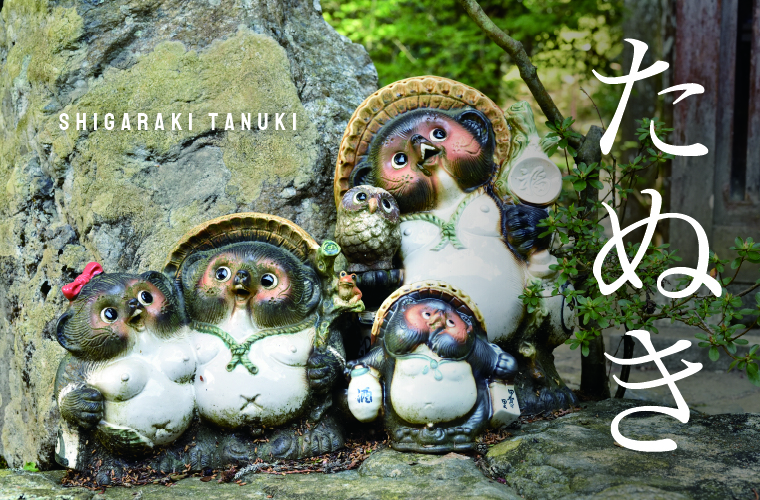 Have you ever seen a creature standing at the entrance of Japanese shops? It is a fortune TANUKI called “Shigaraki Tanuki”.

Shigaraki area in Shiga prefecture is one of the six old kilns in Japan and produces fine stoneware pottery. It is said that the first “Shigaraki Tanuki” was made in the late 19th century by a famous pottery Fujiwara Tetsuzo who saw(!) a raccoon enjoying playing music by making a sound by drumming his belly on a full moon night. Tanuki means a raccoon in English and also implies “TA = others” “NUKI = surpass”. Therefore, people who run a business are willing to place this imaginary animal at the entrance to get lucky. 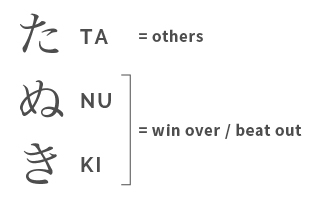 Japan six ancient kilns (Nihon RokuKo Yo named by Koyama Fujio in 1948) are defined as a category developed from the 12th century till now and added a Japan Heritage list in 2017. 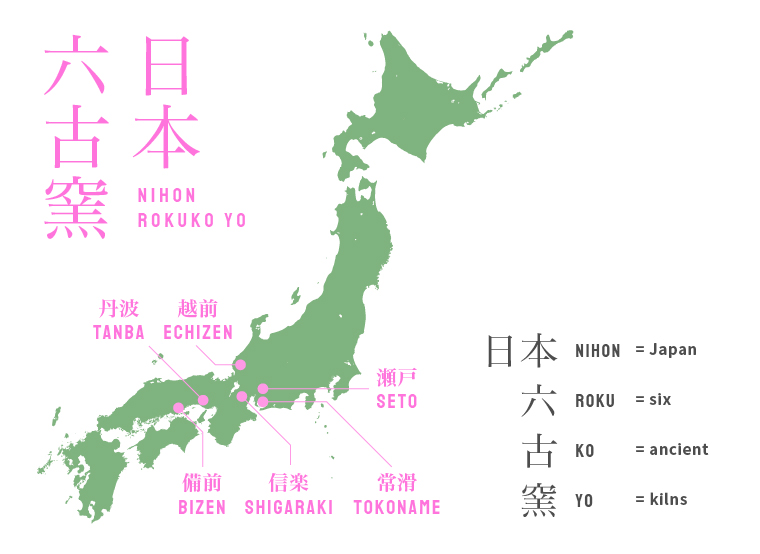 Interestingly, both Mino Yaki with the lion’s share in this market and popular Iga Yaki are not included.

Back to the story of Shigaraki Tanuki, after the famous pottery Fujiwara Tetsuzo finished the training, he moved to Shigaraki area and started to produce a life-size Tanuki figurine. Its good quality clay containing feldspar of Shigaraki area is the only suitable for producing large works such as jars, flower vases, deep dishes, bottles, figurines, etc.

In 1951 the Emperor Showa went to Shigaraki, many Tanukis holding Japanese flags were placed on the street to welcome his visit. The Emperor impressed and read Tanka, a Japanese poem, about his visit and the Tanuki. Since then, Shigaraki Tanuki grab people’s attention and spread as a fortune item in the nation. The adorable outlook is also loved and it ended the current style with eight fortunes. 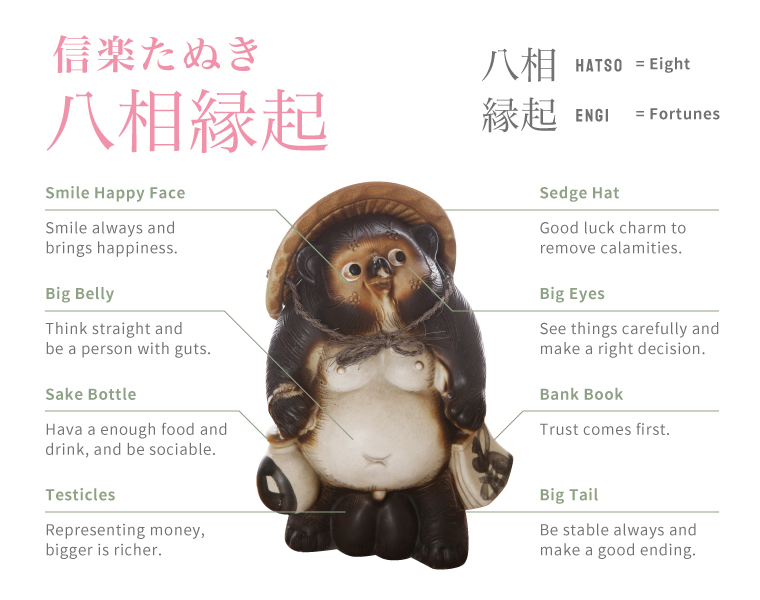 Except for Tanuki at the entrance of shops, the Black Sun of the Tower of the Sun by Okamoto Taro and the roof of the National Diet Building are also made of Shigaraki ware. You will see Tanuki welcoming your visit when you enter stores in Japan and they will guarantee your stay with full of fortunes.

Please contact us when you have any questions about Japan or things of Japan, Japantotheowrld.com will help your Japan stay perfect.